The 36 acre park was opened in 1902 on land that was formerly part of Ashcombe Manor in Somerset. It’s a natural park, with shrubs and tree lined paths rather than the more formal gardens of other parks. The Club was formed in 1911, with the inaugural game held on 8th June that year.

The earliest photo, above, shows the Club grounds before the construction of the second green. The gate separated the bowls area from the rest of the park. The hut was later moved towards the corner of the green where our Clubhouse now stands. 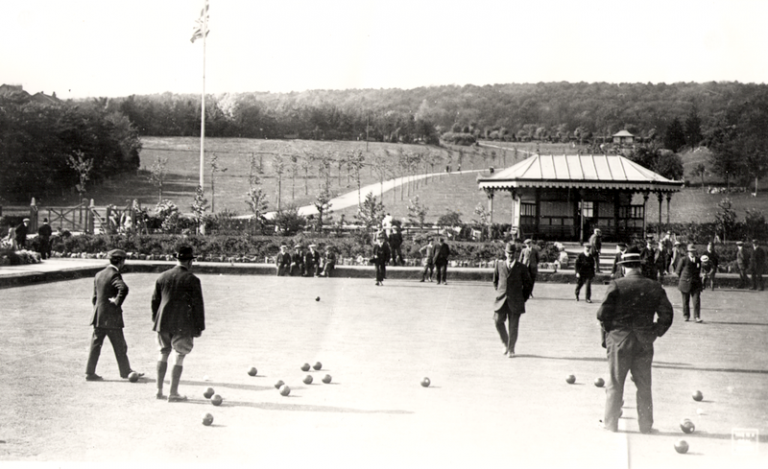 This photo shows the Club grounds before the construction of the second green.

The Pavilion, believed to have been re-located from the sea -front, was the only shelter in those days and still exists forming the frontage to our changing rooms. Note avenue of saplings which today are mature trees. The dress code seems to be a bit relaxed.

To begin with it was only men bowlers but several years later the Ashcombe Ladies Bowling Club was formed, with the Ladies first taking to the green in May 1927.

In 2005 the Ladies’ and Men’s clubs were merged to form the fully integrated Club we have today. 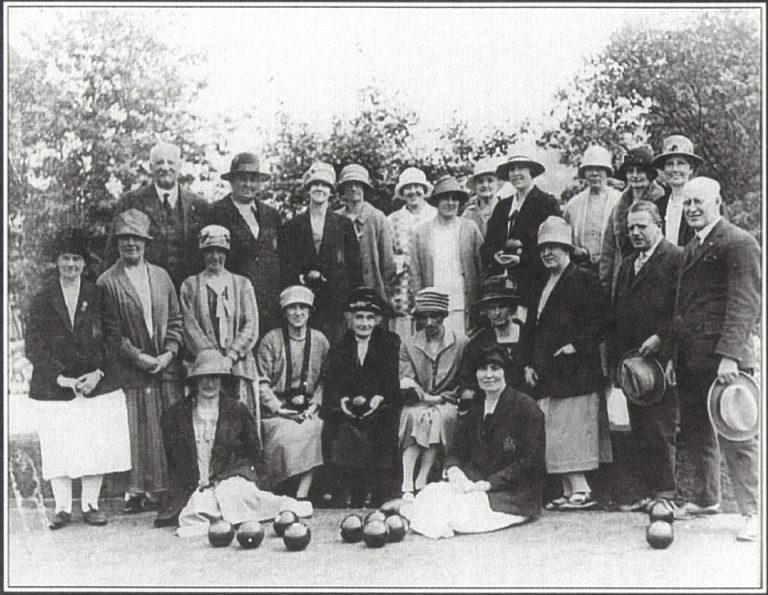 Our second green, constructed above the first green, was officially opened on June 15th 1935. The retaining rockery can be clearly seen in this photograph. Today, our greens are known as “bottom” and “top”, a reference to their relative heights. 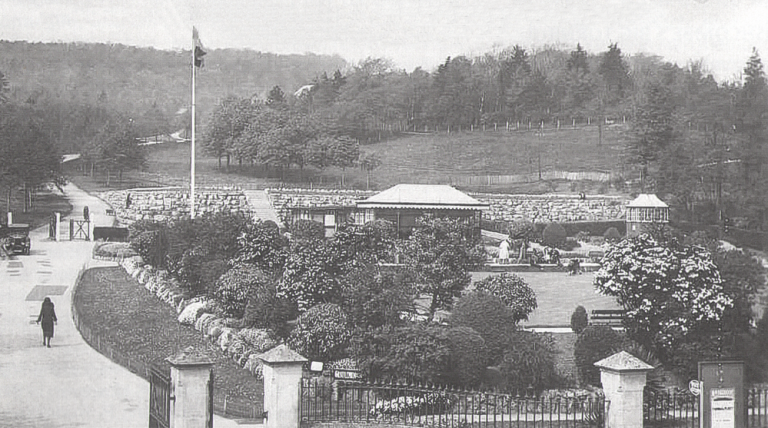 This website uses different types of cookies to improve your experience while you navigate through the website. Of these, the cookies that are categorised as necessary are stored on your browser as they are essential for the basic working of the website. We also use third-party cookies that help us analyse and understand how you use this website. These cookies will be stored in your browser only with your consent. You also have the option to opt-out of these cookies. But opting out of some of these cookies may affect your browsing experience.
Necessary Always Enabled
Necessary cookies are absolutely essential for the website to function properly. This category only includes cookies that ensures basic functionalities and security features of the website. These cookies do not store any personal information.
Analytics
Analytical cookies are used to understand how visitors interact with the website. These cookies help provide information on metrics, the number of visitors, bounce rate, traffic source, etc.
Performance
Performance cookies are used to understand and analyse the key performance indices of the website which helps in delivering a better user experience for the visitors.
Not Necessary
Any cookies that may not be particularly necessary for the website to function and is used specifically to collect user personal data via analytics, and other embedded contents are termed as not-necessary cookies. It is mandatory to procure user consent prior to running these cookies on your website.
Save & Accept
Powered by