Discussion at the head 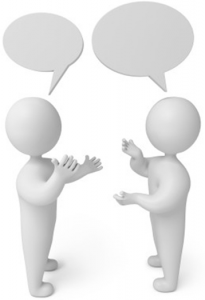 In a fours game the threes have bowled and the players move to the head end. Team A is to bowl first and their skip makes their way to the mat. Team B’s skip remains at the head and has a lengthy discussion with their three. Team A’s skip is waiting on the mat ready to bowl and complains about the delay. Is team A’s skip’s complaint justified?

Let's answer this in two steps

So technically, the complaint by Team A’s skip is justified and a complaint could be made to the umpire, if present.

Let’s face it, discussions at the head are a common occurrence, and in the vast majority of games no-one objects. For these sort of situations Umpires follow a three word guide, Annoy, Interfere or Distract. If no-one is getting upset by a situation, then no action would be taken.

If Team A’s skip was annoyed by the actions of Team B, then the first step would be to have a quiet word with Team B’s skip. After all, as it’s such a common occurrence, they may not have realised that they were annoying Team A’s skip. If this was ignored, then formal action would be taken.

To avoid this situation occurring, Team B’s skip could have remained at the head until after Team A’s skip had delivered their bowl, providing the Conditions of Play don’t insist that skips transfer together. They could then have had the discussion with their 3 as they would be in possession of the rink.

A note of caution:

For the final stages of Bowls England National Championships and Competitions, the Competition Regulations specify a time limit for discussion of two minutes from when the previous bowl has come to rest.

We use cookies to ensure that we give you the best experience on our website. If you continue to use this site we will assume that you are agreeing to their use.AgreeCookie policy